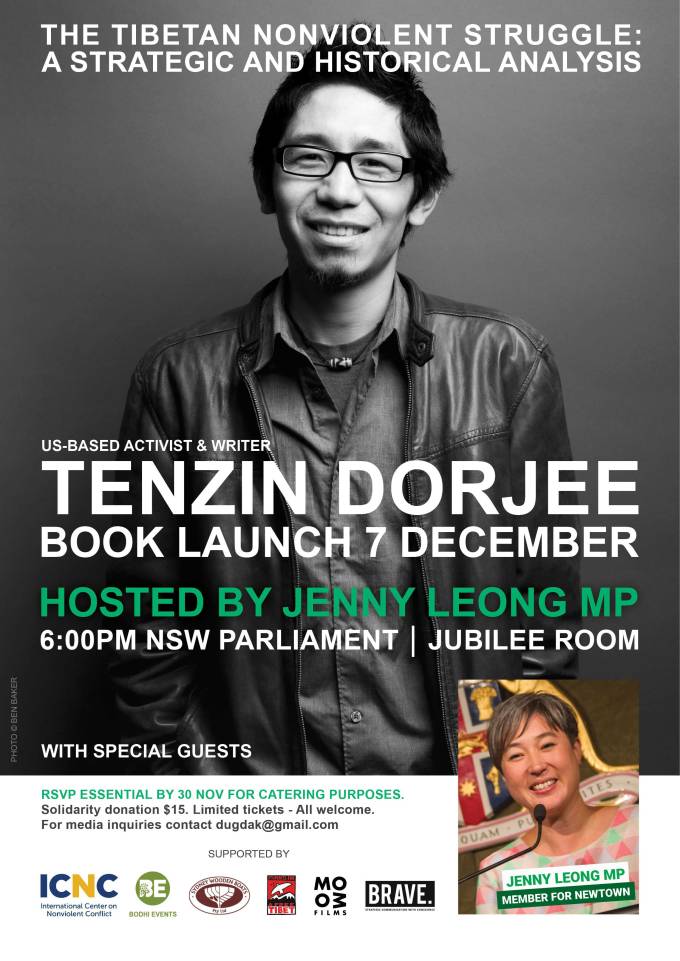 The Tibetan Nonviolent Struggle: A Strategic and Historical Analysis

Contrary to a perception — fueled by Chinese propaganda during the 2008 Tibetan uprising that the Tibetan struggle is heading toward extremism, this study shows that the movement has since the 1950s moved toward a tighter embrace of nonviolent resistance. The study traces this evolution, analyzing the central themes, purposes, challenges, strategies, tactics and impacts of three major Tibetan uprisings over the past six decades. Tibetans are now waging a quiet, slow-building nonviolent movement, centered on strengthening the Tibetan national and cultural fabric via what the author refers to as transformative resistance. This is happening in an immensely repressive political environment, which shows that there is a way to mobilize people power against even one of the most ruthless regimes in the world.

Tenzin (Tendor) Dorjee is an activist and writer, and the former executive director of Students for a Free Tibet, global network of students and activists dedicated to advancing Tibetan freedom and human rights. His writings have been published in various forums including the Huffington Post, Global Post, Courrier International, Tibetan Review, Tibet Times and the CNN Blog. He is a regular commentator on Tibet-related issues on Radio Free Asia, Voice of America and Voice of Tibet. Born and raised in India, he holds a bachelor’s degree from Brown University and a master’s from Columbia University. He worked at the National Endowment for Democracy, before working at Students for a Free Tibet, where he served as executive director from 2009 to 2013. He is currently Program Director at Tibet Action Institute. Tenzin Dorjee is a recipient of the 2014 ICNC Research Monograph Award.

Jenny Leong is the State Member for the Electorate of Newtown in the NSW Legislative Assembly and the spokesperson on Human Rights for the NSW Greens. Before being elected to Parliament in March 2015, Jenny worked for a number of years with Amnesty International as a crisis coordinator and campaign manager in London, Hong Kong, and Sydney. At Amnesty International, she oversaw the organisation’s response to the Middle East & North Africa Uprising and worked to protect freedom of expression in the lead up to the 2010 Burma elections. Jenny has also served as a member of the Human Rights Law Resource Centre Advisory Committee, a University of Sydney Senate Fellow, and President of the Sydney University Postgraduate Representative Association. 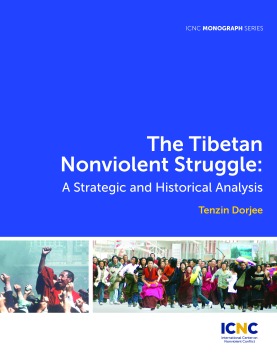 Feature banner photo: John Ackerly’s photo of the first major demonstration in Lhasa in 1987 became an emblem for the Tibet movement. The monk Jampa Tenzin, who is being lifted by fellow protesters, had just rushed into a burning police station to rescue Tibetan detainees. With his arms charred by the flames, he falls in and out of consciousness even as he leads the crowd in chanting pro-independence slogans.