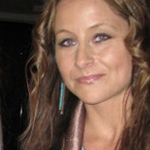 As a multidisciplinary communications specialist, Karen has over 15 years experience working across the not for profit, government and private sectors, primarily in the areas of multicultural health communication, consumer health and mass communication at the intersection with human rights and global PR.

From 2003-2008 she worked with one of BRW’s Fast 100 Company and award-winning integrated health marketing communications agencies in the area of health promotion, while undertaking a joint project-based internship with the Australia-based NFP, Vision of Humanity and Charitable Foundation, founders of the Global Peace Index.

In 2004 she was invited to an internship with Tibet Information Office Australia (Tibetan Government in Exile) later serving as a personal aide and consultant to the then Dalai Lama’s Representative in Australia, NZ, SE Asia and Oceania between 2004-2010, and again from 2010-2014.

At an international level, Karen was professionally involved with the official Australia wide visits of the His Holiness the 14th Dalai Lama of Tibet between 2008-2013 and collaborated on local and international projects in the areas of human rights, peace building and community development in conjunction with Tibet Information Office and Central Tibetan Administration. This involved being part of a delegation to visit Dharamsala, India in planning with an executive committee for the visit of the then Tibetan Prime Minister in Exile, HE. Prof. Ven. Samdhong Rinpoche to Australia leading up to the Year of Tibet in Australia in 2006.

In 2012, Karen completed a Masters in Peace and Conflict Studies from the University of Sydney while serving on the governing council of the Centre for Peace and Conflict Studies (Faculty of Social & Political Sciences) up until 2018. During this time she delivered special projects pertaining to refugee health and human rights in collaboration with a variety of regional and international organisations including Sydney Peace Foundation, International Commission of Jurists, Multicultural Health and Committee de Apoyo al Tibet.

Karen has published various articles in print and online in The Journal for Business, Peace & Sustainable Development (BPSD), the Globalist (Global21 Network of International Affairs Magazines), Center for Justice & Accountability (CJA), Refugee Transitions and consulted and collaborated on communications strategies and global campaigns for various international human rights and advocacy organisations, most recently with the International Rehabilitation Council for Victims of Torture (IRCT).

Karen is currently working in the trauma field as head of communications at NSW Service for the Treatment and Rehabilitation of Torture and Trauma Survivors (STARTTS) while furthering postgraduate studies at the Australian College of Applied Psychology in the area of traumatic stress. In 2020 she was nominated as the Australian Representative of the International Human Rights Observer (IHRO), an Islamabad-based NGO in Consultative Status with the Economic and Social Council of the United Nations and to the board of directors of the Australia Tibet Council in 2022.